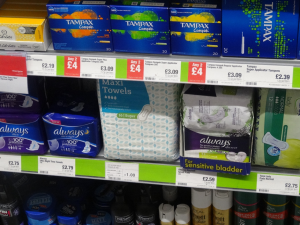 In England there is a 5% tax on sanitary products; otherwise known as the tampon tax.  This is because HM Revenue and Customs (HMRC) categorises these products as “non-essential luxury” items. 90% of the people we spoke to thought this was ‘stupid’, ‘disgusting’, and ‘ridiculous.

Back in 2000, the VAT on tampons and sanitary towels was dropped from 17.5% to 5% after a campaign by Labour MP Dawn Primarolo. The people we interviewed said ‘it should keep dropping’, ‘it should be 0%’, and it ‘is a step in the right direction’.

President Obama called the tax ‘shocking’ and ‘unfair’. 90% of the people we asked agreed with his statement.

Things like ‘edible sugar flowers’, ‘alcoholic jellies’, and ‘exotic meats including crocodile and kangaroo’ have no tax, but sanitary products like pads and tampons have a 5% tax on them.

Why is that? One woman we interviewed said they think there is a tax on tampons because ‘there are too many men in parliament.’

We also asked some of the younger years what their opinions on the tampon tax was, and they said things such as it “not being fair that we have to pay tax for this ‘luxury’ ”and they also said that they strongly disagree with it being classed as a ‘luxury’, as we cannot help this thing that every girl goes through’.

Having your period isn’t a nice experience despite having a 5% tax put on the things you need isn’t nice, but having them classed as ‘un-essential’ and ‘luxury’ is something that annoys 9/10 of the people we interviewed.

The government should put the tax to 0%, because why should you get a tax-free kangaroo steak but have a tampon with 5% tax? 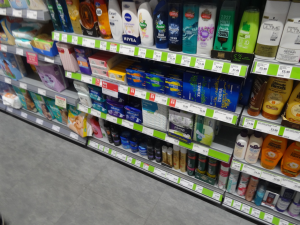 With thanks to the BBC: http://www bbc.co.uk/newsbeat/article/31299254/why-the-tampon-tax-is-here-to-stay—for-a-while-at-least 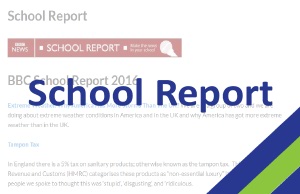